There are a lot of reasons to get excited about the food on São Miguel, the largest island in the Portuguese archipelago of the Azores. The abundance of sea life in the surrounding Atlantic Ocean makes the fish here a delicacy, and the tuna is considered among the best in the world. The island is also home to the Gorreana tea estate, now the only tea plantation in Europe. But the most exciting culinary treat on this 760-kilometre island involves pigs’ ears, chicken, and sliced cabbage—all cooked underground with natural volcanic heat – Volcanic Stew.

Known as a Cozido das Furnas, the unusual stew is a specialty of local chef Paulo Costa, who promises to explain all. When we meet, Costa greets me with a hearty “Welcome to my restaurant,” appearing from the kitchen after service. His restaurant, Caldeiras e Vulcões, which translates as “hot springs and volcanoes,” sits in the heart of Furnas, a small tourist town perched in one of São Miguel’s many valleys.

“It’s a proper family restaurant,” Costa says proudly. “I’ve been here for years now—for five I’ve been head chef.” There may be fewer than 1,500 permanent residents in Furnas but Costa’s Cozido has become a well known dish. “Basically, it’s cooked by the volcanic heat in this area,” he explains. “People started cooking this way because it was cheaper—using natural heat means there’s nothing to pay.” Costa also assures me that it tastes fucking great…

As we make our way down to the kitchen, my host gets talking about the dish’s history. “It has been cooked here for hundreds of years,” he says. “In the old days, locals would be seen stuffing a chicken with chorizo and blood sausages, before wrapping it up in a sack.” Problem was, although this method was cheap, it left you with a seriously dry bird, as the juices escaped during cooking. “Now, we put the dish inside a pot,” says Costa, gesturing over to the counter. “This locks the moisture in—a similar method to the mainland’s more traditional Cozido dish.”

The word “cozido” simply means cooked or baked, with the Portuguese staple usually placed in the oven. Following Costa’s recipe, the prep is pretty easy: pigs’ feet, ears, and belly are simply thrown into a cooking pot, followed by beef, chicken, sweet potatoes, carrots, and cabbage. Cozido isn’t Furnas’ only culinary offering, Locals also make a fish stew from cod caught off the island, cooked underground for four hours. “We also do a bean stew with pork ribs, pig ears, and sausage,” adds Costa. “It’s a hearty dish that locals eat before heading out to manual labour jobs in the mountains, fishing, and in the woods.” 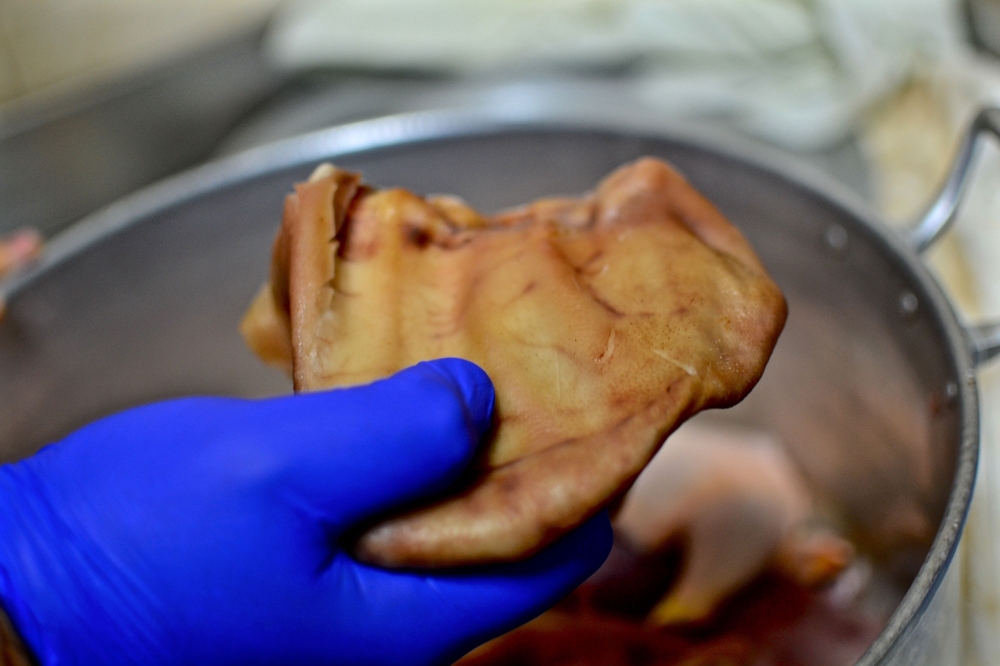 But the Cozido is Furnas’ most prized dish. “Everyone here has their own family recipes,” Costa explains. “Mine is from my grandfather, which was passed to my father and then me.” Costa’s great-grandfather worked at the top of the surrounding hills, drinking a bowl of wine each morning and eating Cozido every evening. He lived to 87. “Growing up, I would go up and make the dish with my grandfather, and after he passed away, my father taught it to me,” says Costa. 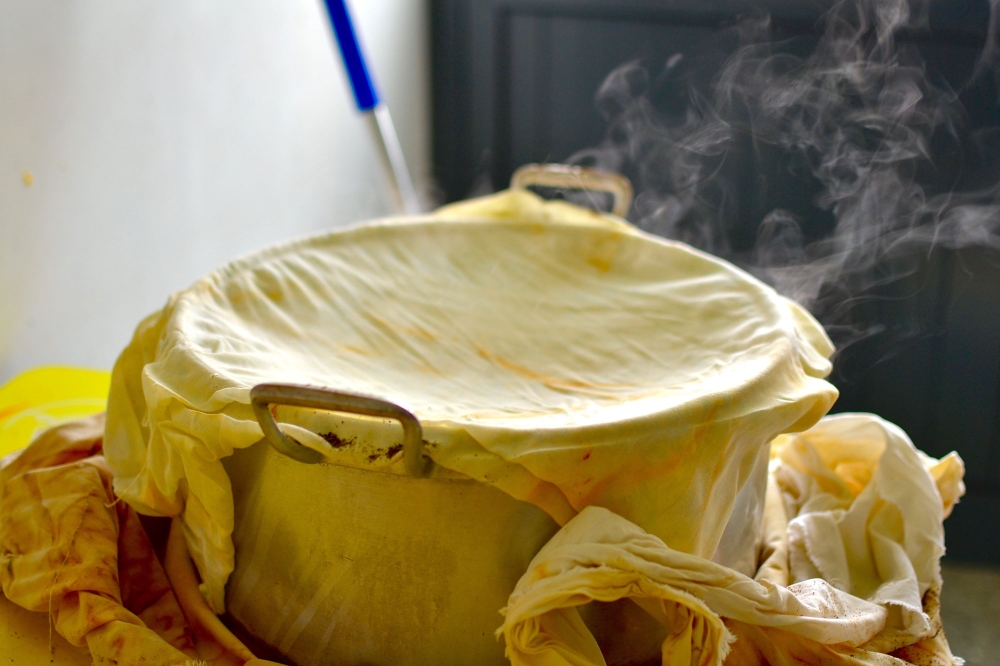 Everything that goes into his Cozido is grown on the island, including the onions and garlic used for extra flavour. Once all the ingredients are added, Costa wraps the pot in a cloth to keep the sulphuric steam locked in during cooking. Then, things start to get a bit weird. The next morning, Costa’s brother takes the pot to Lagoa das Furnas, a nearby lake surrounded by heated openings in the planet’s crust, known as fumaroles. He buries the Cozido on the side of the lake. “My brother went up to bury the pot at 5 AM this morning,” says Costa, as we drive to where the Cozido has been cooking later on that morning. We walk over to a mud mound with a sign sticking out to show where our treasure is buried.

“The pot stays under the ground for just under seven hours,” Costa shouts while digging up the volcanic stew. Due to the volcanic heat, the pot is kept naturally at a temperature of 80 to 90 degrees Celsius. “It’s pretty much the planet’s own sous vide,” he says. Now steaming, the Cozido is hoisted from the ground and the smell of sulphur fills the air. 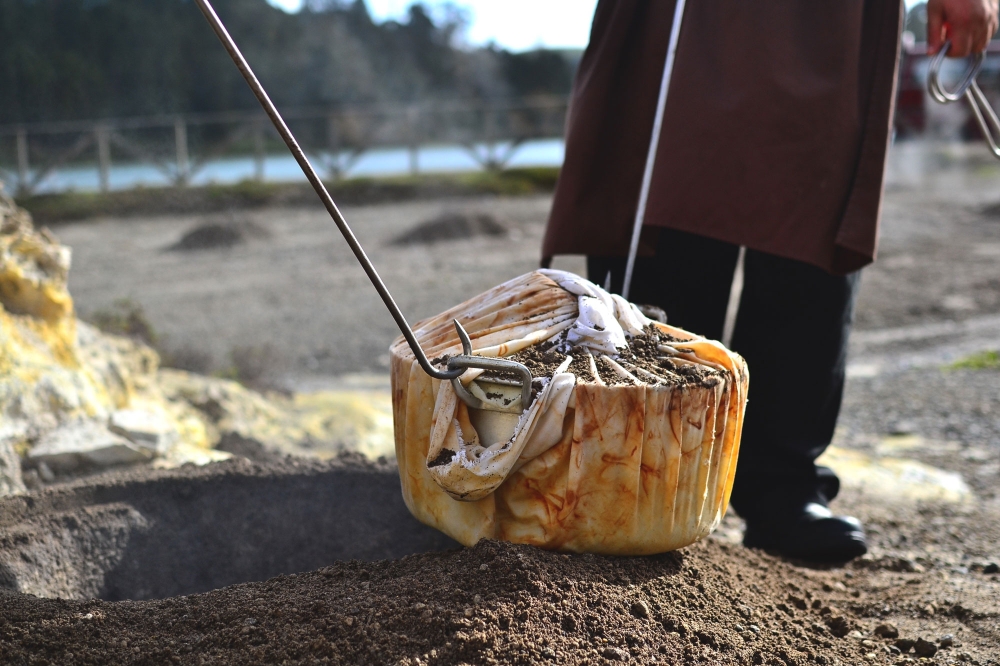 “The ingredients may be put in dry but the liquid comes from volcanic steam,” says Costa, as he carries the pot back to the car. He explains that the island is made up of three volcanic parts—all still active. The first recorded historical eruption happened in 1440, just after the earliest settlers began populating the coasts of São Miguel. The last eruption was in 1630 and killed 200 locals. Back at the restaurant, my concern isn’t natural disasters but lunch. I can almost taste the Volcanic Stew already. 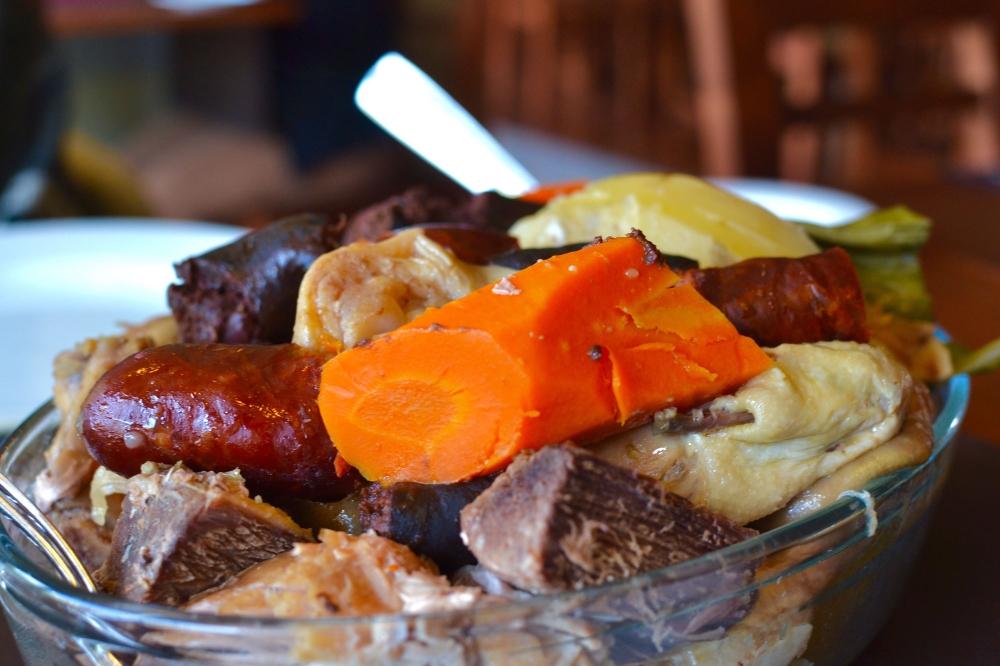 “My favourite part is the pig ears,” Costa tells me as he starts to plate up the Cozido. “Some people say they can taste the sulphur.” With my mouth full of aromatic vegetables and perfectly tender meat, I’m definitely not one of them.

Whale Heritage Sites to be designated around the world