We want to tell you an Azorean story that is over half a billion years old. The earthworm Pontoscolex corethrurus is an animal that has evolved to live in an extraordinary environment, a volcanic geothermal field in Sao Miguel Island, one of the nine Islands in Azores Archipelago. By sequencing Pontoscolex’s genome we aim to reveal how this remarkable animal is able to live in the most challenging environmental conditions, such as high temperatures, acid soils, and an incredible low oxygen level.

What is the context of this research?

Boiling hot springs and toxic metals – extreme volcanic environments come in all shapes and sizes but for a soil-dwelling animal the conditions associated with a geothermal field are as extreme as they come. Here, we propose to sequence the complete genome of an earthworm. The rhinodrilid Pontoscolex corethrurus, that has adapted to an environment associated with the active volcanic calderas at Furnas, São Miguel, the largest Island of the Azorean Archipelago in the middle of the Atlantic Ocean.

The high abundance of the earthworm in Furnas indicates its remarkable tolerance to high soil temperature, exceptionally high carbon dioxide, and low oxygen levels, and elevated metal bioavailability, conditions that would be lethal for the majority of terrestrial animals.

What is the significance of this project?

The genetic mechanisms by which animals cope (or not cope) with the environment within they live, encompasses some of the most fundamental processes of evolution. This genome will provide a unique opportunity to study some of these mechanisms under an extreme volcanic environment. Our study will focus on the genetic basis for biochemical, cellular and physiological modifications employed to live in such stressful environment.

From our previous studies, we found evidence that the worms may be swapping genes with other organisms (known as horizontal gene transfer (HGT)). Such genes may confer advantageous functions. A high-quality genome will confirm (or not) presence and nature of HGT, and better understand a phenomenon that remains unclear in the evolution of multicellular eukaryotes.

What are the goals of the project?

The primary goal will be to completely assemble the genome of the volcanic earthworm Pontoscolex corethrurus, using the latest genome sequencing technology. We want to produce a high-quality reference genome that is contiguous enough to enable the study of genetic rearrangements and horizontal gene transfers. This process will be integrated with data that we generated over the last three years.

The genome of Pontoscolex is “unusual” (inherent genetic diversity and large repeat elements), making it difficult to study. Moreover, the unusual structure of this animal’s genome may be the key to its survival. The sequencing we want to use produce highly accurate long reads, which allow us to overcome the sequencing challenges, and investigate the unusual nature of the Pontoscolex genome.

This Azorean project started with Luis C.’s Ph.D., which carried out agenetic characterisation of Pontoscolex’s populations on the volcanic island. Yet, due to limited funding, we were never able to get sufficient data to answer our central question: “How is this animal able to tolerate such an extreme environment?”. Still, we were able to generate short read data that allowed us to understand some of the complexity and the need to get a complete genome.

Data sourced in PacBio Sequel system and SMRT Sequencingwill allow us to deeply explore the genome and accelerate research, enabling a comprehensive view of the genomic structure and variation and still keep a cost-effective approach.

We aim to secure funding for 5 SMRT cells, which is half the project and will allow an overview of horizontal gene transfer, but ultimately hope to secure enough funding for 10 SMRT cells (10K) to sequence the whole genome at high quality.

This project is a finalist for the 2016 “Explore Your Most Interesting Genome” SMRT Grant program. Thanks to Pacific Biosciences, Sage Science and Computomics for co-sponsoring this opportunity!

This Azorean project may give us answers to explain how it is possible for an animal to live in this extreme environment – high temperature, low O2, high CO2 and high levels of heavy metals – and still function and reproduce, maintaining an apparently healthy population. I had the opportunity to work with Luis in the Azores, and I know how intelligent, inquisitive and determined he is, so if he has a chance he will find much needed answers to this intriguing question: how do these invertebrates thrive in such an extreme environment?

In biology we learn the most from the strange, unique and singular. Pontoscolex corethrurus has precisely this kind of biology. I’m sure that we will learn new and unexpected thing by sequencing his genome. 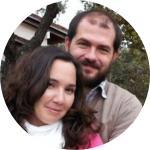 Organisms living in extreme environments are of great interest for science for their special adaptations, and I am sure that the research team will be able to draw the best from the study of the genome of this interesting animal. For this reason, I endorse the project. 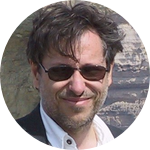 I had the opportunity to personally see these amazing animals in the volcanic fields while working with Peter and Luis in a project involving another earthworm species surviving in those environments. It seems impossible that they are living in there, but they do! How? Why? I can assure that this project will unveil fascinating facts about evolution and adaptation and it is a must for scientific community! Luis’s passion for understanding these species that started in his PhD and professionalism of the rest of the team guarantee the success.

Luis Cunha was my PhD student at the University of Azores between 2008 and 2012. It was during his PhD project that he started to realize how peculiar are these living beings that apparently live normally in an environment with high CO2 content, low oxygen, high temperatures and high heavy metal loads – very close to active fumaroles. Therefore it is very important to find what kind of genomic tools this species developed under such extreme volcanic pressures that allow them to live there freely and normally.

Not only is this is a tremendously exciting project that will broach the topic of where adaptive genes come from, but it’ll result in a high quality resource that will be exceedingly useful to the greater scientific community. I’m pleased to have known Luis and Peter for many years and am proud that they and their collaborators are continuing to lead the field to a bright new future with this work. 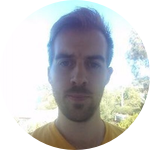 This is a very interesting project that will for sure result in amazing results not only for ecotoxicologist or ecologists but also for human health researchers. The adaptations of these earthworms to these extreme environments may one day help us survive in such conditions. 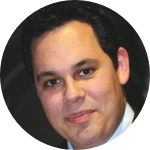 Luis is currently a post-doc in my lab and has shown an amazing ability to address complex scientific challenges such as this one. This new project will elucidate how this earthworm species, very important for farmers and conservationists throughout the tropics and subtropics, is able to adapt to so many different environments, including this one!

This is a very interesting project that I want to endorse.

I am an environmental biologist/bioinformatician specialized in invertebrate biology, currently working as a Marie-Curie Fellow between Cardiff, UK and EMBRAPA in Brazil. I have been actively involved in several NGS-based genomic and transcriptomic projects to assemble and annotate several invertebrate genomes. I am also involved in projects related to evolutionary ecology, phylogenetics and population genetics and genomics, including functional genomics of organisms living in extreme environments. I am particularly amazed by the volcanic Pontoscolex corethrurus, which became the main subject of study during my Ph.D. research project.

I am an evolutionary biologist and population geneticist, with a particular interest in interactions between humans and wildlife throughout history. My current post-doc aims to infer ancient human migrations across South America, using the earthworm, Pontoscolex corethrurus as a proxy for human movements.

I started studying earthworm ecology in 1979, and diversity and phylogenetics in the mid-1980s. One of my enduring fascinations has been with the relationship of earthworm evolutionary history to their geographical distributions. Mostly I think about deep time scales, but the recent history is looking really interesting too!

I am the director of UK Environmental ‘Omics Synthesis Centre (EOS) which represents my passion for taking all things ‘Omics’ and applying them to unlocking the natural world on a molecular level. I like to nothing better than to unlock the genomics on the “forgotten” invertebrate phylum, from earthworms to arthropods.

I am a biologist interested in the study of nuclear-mitochondrial co-evolutionary interactions and how these have shaped the functional interactions between the nucleus and the mitochondria in the cell. Recently, mitochondria have been implicated in different complex diseases, including neurodegenerative diseases, diabetes, and cancer. Mitochondria have their own genetic material, the mitochondrial DNA (mtDNA) that is transmitted maternally in most animals and has its own particular rules of evolution. In previous research, we found that populations of Pontoscolex corethrurus living in the Furnas geothermal field (Azores), possesses the lowest within-population mitochondrial diversity but an unexpectedly high degree of nuclear variability as compared to the other populations analysed, which are not exposed to geothermal activity. It would be interesting to understand whether the mitochondrial function is somehow related to the ability of this population to tolerate the extreme geothermal conditions that are lethal for the majority of terrestrial metazoans.

It is now enduring a crowdfunding campaign where any person can donate and fund science. The amount does not matter, but the will to help earthworm science does, please donate!”