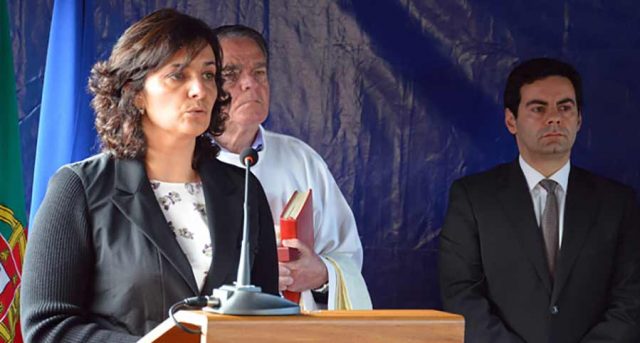 The Regional Secretary for Social Solidarity stressed in Ponta Delgada the importance of the construction of Cáritas Temporary Shelter Centre for the Homeless on Sao Miguel in the fight against this social issue.

“Today, we are before another step, an important step in the path to revert this issue,” said Andreia Cardoso. The government official spoke at the ceremony of laying the first stone of this work, a project included in the Regional Public Works Charter that will be funded by the Regional Government in the amount of €4,000,000 (Four Million Euros).

The Temporary Shelter will have capacity to accommodate 90 homeless people: 60 in situations of emergency or temporary shelter and 30 for training. It will also be used by Novo Dia Association CRAES – Social Emergency Support Resource Centre

“Naturally, our priority is to ensure that these users may achieve, as soon as possible, a permanent housing solution tailored to their individual needs, which should be the result of a concerted approach,” stressed Andreia Cardoso.

Currently, there are 16 temporary shelter centres spread across the islands of Sao Miguel, Terceira and São Jorge, with capacity for 230 users.

In this area, there is also a mobile unit in operation on Sao Miguel, with response capacity to support 56 users.

“Nowadays, we know that combining permanent housing with a series of coordinated services is the best way to support these citizens in improving their living conditions and to prevent future occurrences,” stressed the Regional Secretary.

The work that started today has an estimated completion period of about 540 days.

Handicrafts in The Azores an important economic activity