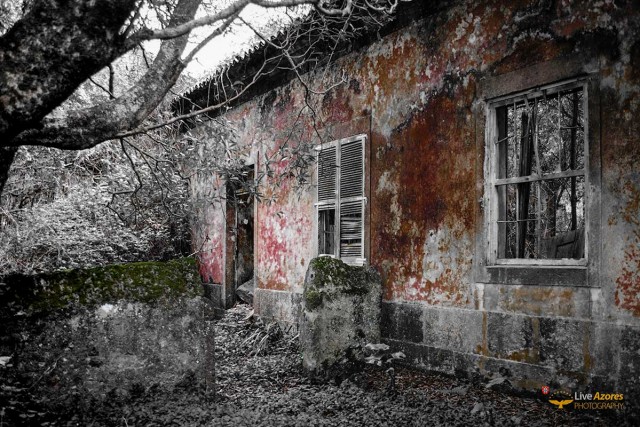 The Portuguese word “saudade” is hard to translate. The closest meaning in English is “nostalgia,” but in the Azores, it expresses two emotions – sadness and longing.

The sadness refers to the feelings of the islanders as they have watched their loved ones leave their homeland, perhaps never to return. The longing is that of the emigrants, lonely in their new countries and hankering to return to their birthplace.

Those themes crop up in conversation and in the music of the Azores, an archipelago of nine lush volcanic islands in the Atlantic Ocean 1,500 kilometres from Europe and 3,900 kilometres from North America. Even the “viola da terra,” the tinkly 15-string guitar that accompanies local folksingers, has a sound box shaped like twin hearts – the dual face of “saudade.”

Saudade links Azoreans to their past. At different times in their history, the islanders, whose ancestors settled here in the early 15th century, have been forced to leave to earn a living. The islands, which are still part of Portugal, were at the crossroads of transatlantic trade for centuries, but the economy has gone through cycles of boom and bust.

In the late 19th century, after the then-lucrative orange trade was wiped out by disease, large numbers of Azoreans made their way to North America and Brazil.

Many left again after the Second World War, settling in places like Boston, New Bedford and Toronto. (The latter is home to the largest number of Azoreans outside the islands.) Today, the Azores are home to just over 240,000 people. The diaspora numbers well over a million.

Given past economic upheavals, it’s a wonder that anybody chooses to live in the Azores at all. The islands, which owe their parentage to ancient volcanic eruptions, have also suffered earthquakes, plagues and even famine.

But the Azores are far from depressing. The volcanic soil is rich and fertile, and the landscapes, a patchwork of emerald fields ringed by stone fences, set against a backdrop of mountains and ocean, are heartstoppingly beautiful.

The hills are smothered in vegetation – camelias, azaleas and hydrangeas. Picturesque villages sparkle with whitewashed houses, whose windows and doors are outlined in black basalt or cheery shades of orange, pink and green. (Every spring, houses are given a fresh coat of whitewash, inside and out. The whitewash acts as a disinfectant, but more importantly to the religious locals, white is a symbol of peace, purity and the Holy Spirit.)

The islanders commemorate their faith with colourful, exuberant celebrations. We were there during the Festival of the Holy Spirit, a feast dating to the Middle Ages. (It runs from Easter to Pentecost.) Several times we heard loud explosions that were, according to Ana Maria, one of our Azorean guides, just revellers setting off firecrackers.

“I’m not as religious as some of the older islanders,” said Ana Maria, a thirtysomething woman with jet black hair and sparkling brown eyes. “I consider myself an educated person, and I seldom go to church, but I must tell you when we had an earthquake a couple of years ago, the first thing I did was light a candle and pray!”

Traditions are important to the Azoreans. Older women still dress in dark colours – black if they are widows – and it’s common to see farmers transporting their milk in metal cans in the back of horse-drawn carts.

Dairying is the mainstay of the Azores economy, but tourism is forecast to provide the next financial boom. Local tour companies are actively wooing nature lovers and ecotourists, organizing hiking trips, birdwatching, whalewatching and the like. We were there for a week, and we had time to visit only two islands – Sao Miguel and Terceira – so we concentrated on exploring the volcanic sites that make these islands so unusual.

Our starting point was Ponta Delgada, the “capital” of the island of Sao Miguel. The downtown area had a marina and handsome town square with an arched city gate. Goncalo Velho Cabral, as the square is called, was surrounded by churches. Their white walls and black basalt trim made them look smart and uniform, like soldiers on parade.

Using Ponta Delgada as our base, we made daily forays to different areas of the island. Only 81 kilometres long and 15 kilometres wide, Sao Miguel could be covered easily in a day’s drive, but there’s a lot to see. The highlight of the first day was Sete Cidades, to the northwest of Ponta Delgada, a cluster of communities nestled within a giant crater. Lagoa Azul (blue lake) lay in one half of the crater; in the other half, Lagoa Verde, an astonishing shade of green.

Another volcanic lake, Lagoa do Fogo, is in the middle of the island. Driving toward its summit along a corkscrew road, we stopped by Caldeira Velha, a nature park with walking trails and hot springs that hissed up from the ground and tumbled over rocks into a pool whose walls were streaked with mustard-coloured sulphur.

An even more extraordinary volcanic site awaited at Lagoa das Furnas, born of a 1630 eruption. Along its shores, a cluster of fissures and holes bubbled with foul-smelling liquid.

The locals come here to spend the day with their families, cooking pots of food that they bury in nature’s kitchen. It takes around six hours to make a traditional “cozido das Furnas,” a stew of mixed meats, sausages, blood pudding and vegetables.

You can either eat the volcanic feast on site (if you’ve brought ingredients, dishes and utensils) or order a cozido from the nearby Terra Nostra Garden Hotel. The latter is the most practical for visitors, but the meal has to be ordered at least 24 hours in advance. It’s worth the detour though. Even if you aren’t staying at the hotel, you can eat at the art deco restaurant, stroll around the hotel’s landscaped gardens or take a dip in the thermal pool. (The changing rooms are open to the public.)

On the island of Terceira, our base was Angra do Heroismo, site of the 15th-century Cathedral of Santisimo Salvador da Se, the mother church of the Azores. Hilly and picturesque, Angra (as it’s called locally) is ringed by fortifications that snake around its harbour. A 1980 earthquake destroyed more than 70 per cent of the city’s 17th-century buildings. They have been painstakingly rebuilt, and Angra is now a UNESCO World Heritage Site.

Northwest of the city are several protected forests and nature reserves. We spent a couple of hours climbing Pico Gaspar, a caldera about 1,000 metres above sea level. The climb wasn’t difficult, but it was steep. When we got to the top, we took off our boots and sat down to rest on the rim of the giant bowl, wiggling our toes in the spongy greenery.

Our next volcanic foray took us underground, into a cave, Algar do Carvao. Situated in the centre of Terceira, the volcanic cone was formed by lava flows. A flight of stone steps, which got steeper and narrower as we descended, led to a pool where water plopped eerily around us, blending with the echo of our voices, bouncing off the stone walls.

On our way back up the steps, our guide, Jose Henrique, suddenly stopped. An interesting man who told us that his political views had forced him into exile (in Toronto, where else?) in the 1960s, during the long rule of Portuguese dictator Antonio de Oliveira Salazar, he was also deeply religious. Oblivious to our curious stares, he crossed himself a couple of times, then started to pray.

Unnerved at this public display of faith, we wondered if perhaps he knew something that we didn’t. Was the volcano going to erupt again, trapping us underground? Did the eery tunnel remind him of a frightening period in his life? Or, perhaps, in this cavernous lonely space, he was just overcome by a sudden attack of saudade.