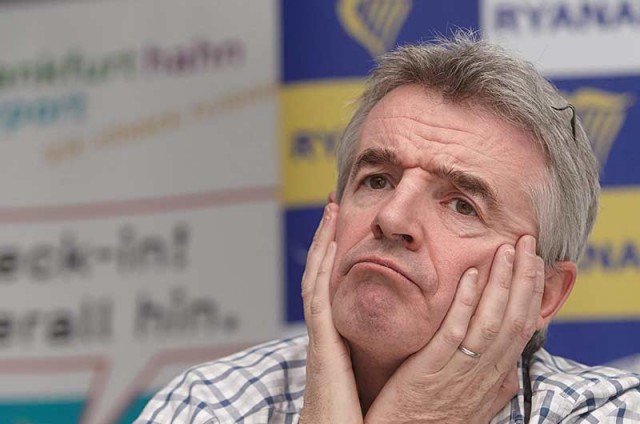 Ryanair’s Chief Executive, Michael O’Leary, said on Wednesday that without any explanation Ryanairs proposal to fly to Terceira island in the Azores, was rejected by Portugal’s government.

“We wanted to fly to Terceira, but the proposal was refused,” Ryanair’s O’Leary said at a news conference in Lisbon. “No explanation was given.”

On Friday, the secretary of state for transport said he could not yet say when low-cost airlines would start flying to the island of Terceira as they currently do to Ponta Delgada on the island of São Miguel.

In the first four months (April 2015 to July 2015) that the low cost airlines Ryanair and Easyjet have flown to the archipelago, more than 74,000 people have visited the islands of Azores. This is a huge increase in numbers over the same period in 2014. Note that the figures for August have yet to be included! Read The Full Article

The Tourism Sector is seen as as one of the main areas for economic growth in the Azores and the one with the greatest overall potential in the region.

I am sure that the Portuguese Government have a valid explanation and reason for refusing Ryanairs proposal and that they will no doubt make a public announcement in the coming weeks.