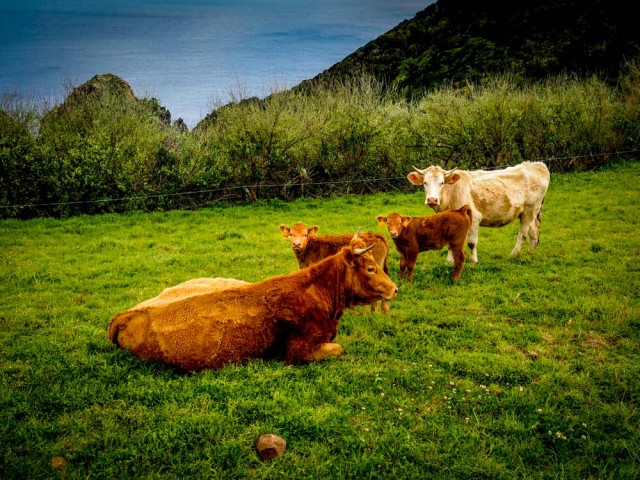 European Union ends milk quotas which is a disaster for the sector in Portugal and particularly in the Azores, with some 60% of the 2,132 producers in a region that accounts for 30% of Portugal’s national output, now technically bankrupt.

In the wake of the liberalisation of the EU market on 1 April 2015, the president of the Azores Agricultural Federation, Jorge Rita, declared, the dairy sector is going through its “biggest ever crisis”. He called for regional, national and European-level measures to turn the situation around.

The head of the regional government, Vasco Cordeiro, has been demanding extraordinary aid for the Azores under the programme for the EU’s ultra-peripheral regions, known as POSEI, to deal with the impact of the end of quotas and the Russian embargo on EU food exports.

In November, members of the agriculture committee of the European Parliament visited the Azores to see the sector’s difficulties for themselves, giving Cordeiro an opportunity to lobby for extra aid on the grounds of the region’s high level of dependence on dairy.

In September the European Commission had announced an aid package of 500 million for all member states, but Cordeiro dismissed this as “insufficient” and “wrongly directed”.

Now, this month, the regional government’s agriculture secretary has expressed disappointment at the lack of new measures to emerge from a meeting of EU agriculture ministers in Brussels, to discuss the sector. At the same news conference in Brussels Portugal’s minister of agriculture Luís Capoulas Santos welcomed an agreement between European Union member states on the principle of reducing milk output, but expressed regret that a decision on how this was to be funded had not yet been made.

Last week the Azores regional government announced a programme to restructure the local sector that is expected to reduce the number of producers by some 200, with these to receive compensation for pulling out. A new system for financial aid to agriculture in the region has also been approved, offering total loans of some 80 million euros.

The Canadian Centre for Azorean Research and Studies