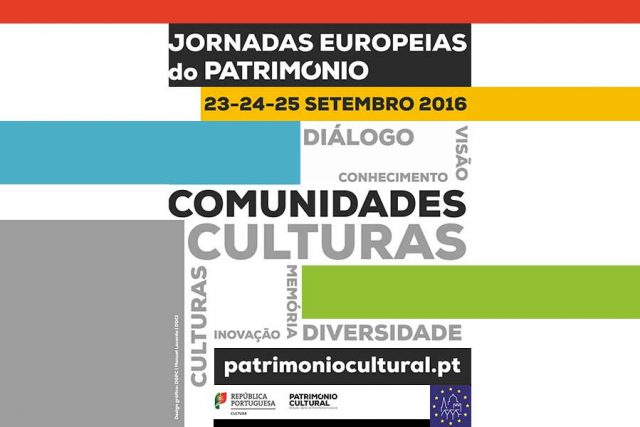 The Regional Directorate for Culture, through its External Services, joins the celebrations of European Heritage Days. This year’s edition will be held under the theme “Communities and Cultures” and will take place from Friday, September 23.

The Directorate-General of Cultural Heritage, the national entity responsible for the organisation of the event, pointed out that this pinpoints “the important role played by communities in the management of their heritage and the environments surrounding them, also drawing attention to the values of cultural heritage in their socio-economic development.”

In the Azores, the Wine Museum in Madalena promotes Friday, starting at 2 PM, recreational and educational activity designated as “Treasure Hunt at the Wine Museum,” in which group of middle school students from Cardeal Costa Nunes School will play traditional games and learn the basics of winemaking.

In turn, the Angra do Heroísmo Museum Joins in The European Heritage Days Celebrations and organises a series of activities under the Walk & Talk Festival, including the Opening Party featuring DJ duo “Bandido $” to take place Friday at the Cloister of S. Francisco Building at 10 PM. On the following, there will be drawing workshop taught by Pantónio, titled as “Drawing in Space” to be held at the same place between 2 and 5:30 PM.

Furthermore, the same building will be the venue of a debate on the theme “Is all heritage art?” next Monday, September 26, at 6 PM and the discussion of the theme “Art in the public domain” on September 30 at 9 PM.

On September 27, the film “Concrete Love – the Boehm-Family” will be screened at the “Manuel Coelho Baptista de Lima” Military History Centre at 9 PM, while the short films, “Trama” and “Gas leaks” will be presented on September 29; they were distinguished with prize for Best Short Film and the prize for New Talents, respectively.

The Closing Party will be held on September 30 and the “Workshop on Topographical Landscapes: Mapping the City” featuring artist and performer Miso is scheduled for Saturday, October 1.

The Graciosa Museum celebrates the European Heritage Days by promoting the initiative “The Museum goes to School,” which includes the presentation of the exhibition titled as “Master João Alberto. In the realm of boats” at Santa Cruz Basic Education and Secondary School between 10 AM and 12:30 PM.

In turn, the island of S. Miguel will host three initiatives to be coordinated by the Cultural Heritage team of the Carlos Machado Museum.

On Friday, September 23, the educational workshop “Legends on the Origin of Sete Cidades in Marionettes” brings to Sete Cidades, between 10am and 5pm, a puppet show depicting several legends that associate the mythical origins of this village to Atlantis. The initiative, developed with the support of the Mobile Museum, is aimed at the students attending the local school.

The next day, the Colégio Church in Ponta Delgada, through the Sacred Art Centre, will be the venue of a concert by Lira das Sete Cidades Philharmonic Band, founded in 1948. The event also features a small exhibition on the history of this band.

On 25 September, between 11am and 4pm, the initiative organises a pedestrian and canoe trail, designated as “Heritage Route: Walk and paddle in Sete Cidades – around the corn culture and other experiences.” In this activity, participants will have the opportunity to know the history of corn, the methods and knowledge involved in its cultivation, its nutritional properties and the links that this culture established in the community.

The Regional Directorate for Culture informs that this and other events may be consulted in the Cultural Agenda of CulturAçores Portal at the following address: www.culturacores.azores.gov.pt.

Travel Between The Islands – Ferries