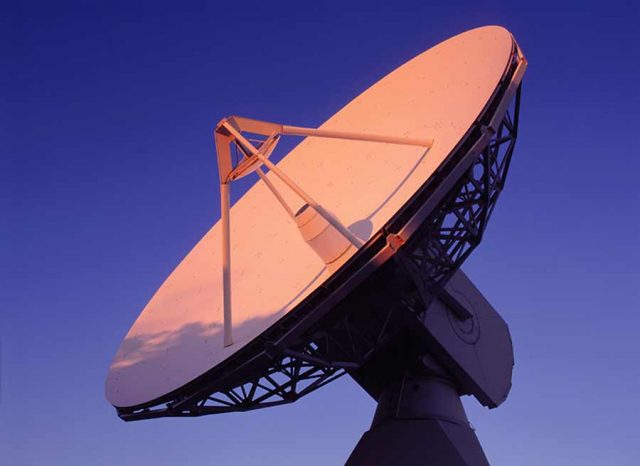 Director of ESA’s operations, Rolf Densing said: “We are delighted that the ESA ground station can be used by Portugal, giving a boost to European competitiveness in space.”

An ESA ground station decommissioned in Australia is on its way to Santa Maria, highlighting an innovative reuse that benefits both the Agency and the European industry.

It was on 29 August that the Portuguese Minister of Science, Technology and Higher Education then, Manuel Heitor, and the Director General of ESA, Jan Woerner, formalized the intention of Portugal to acquire the antenna by signing the corresponding document at ESA headquarters in Paris, according to news published by ‘Correio dos Açores’ at the time.

In December 2015, an old earth station ESA located in Perth, Western Australia, had to be closed due to radio spectrum restrictions imposed by the national telecommunications authority.

The closure comes at a time when the network earth stations ESTRACK ESA – comprising of a mixture of three modern stations of deep space. One of 35 meters and a combination of older ground stations 15 meters and smaller – is adapting to the changing pressures, especially the need to increase capacity to unload the scientific data for future exploration missions, such as Juice, Euclid, and BepiColombo.

“At the same time, there is a need to support the development of commercial monitoring service capabilities within the European industry,” said Manfred Lugert, responsible for the network ESTRACK at ESA’s ESOC control center in Darmstadt, Germany, the ‘Nautical Press.’

“The ESTRACK network must, however, maintain and develop specific capabilities for monitoring newly launched satellites and rockets, and provide dedicated support in case possible contingencies spacecraft.” The estimated costs to only demolish the Perth station was significant so that the situation required an innovative solution that would benefit both the ESA and the European industry.

A solution in the Atlantic Ocean

For nearly a decade, ESA has been working in close cooperation with Portugal to maintain and operate a rocket tracking antenna of 5.5 meters on the island of Santa Maria in the Azores. The location of Santa Maria is considered “ideal for monitoring rockets” such as Soyuz and Ariane, which take off from Europe’s Spaceport in Kourou, French Guiana.

This cooperation allowed the local industry partners to develop and expand its ability to provide monitoring services, and Portugal, an ESA member state, was eager to expand these services if possible.

In December 2015, Portugal expressed the desire to acquire the antenna Perth with the aim of modernization and its reopening in Santa Maria station, providing new opportunities for the Portuguese national industry.

“ESA agreed in principle, and we worked with our Portuguese partners to develop a plan in which the antenna can be used to provide monitoring services for a range of customers, including own scientific tasks of the Agency, the transfer of data from Earth observation and potentially monitor the Proba-3 mission,” says Thomas Beck, responsible for external services involving ESTRACK network.

“This will help provide an expansion of commercial and scientific opportunities for the Portuguese industry, also allowing the ESA purchase monitoring services when needed, so it is, in fact, a solution in which both stand to gain.”

The antenna Perth and associated equipment are being transported at zero cost to Portugal; dismantling the equipment in Perth, Australia and delivered to the Island of Santa Maria in The Azores. The antenna reconstruction will be carried out under a contract from ESA, financed almost entirely by Portugal. The regional government of the Azores will provide some of the new local infrastructures to accommodate the large antenna.

For ESA, the initiative means that ESTRACK Network Agency, which in a typical year provides more than 50,000 hours of monitoring services through nine central stations in seven countries, to support about two dozen spacecraft, will have access to a valuable added feature of external monitoring.

“While it is important for ESA to develop and maintain a full range of capabilities and spaceflight skills, is also important for us to help our Member States and the European industry to develop skills with commercial value,” says Rolf Densing, Director of ESA’s Operations.

We are delighted that the ESA ground station on its way to Santa Maria can be used by Portugal, giving a boost in European competitiveness in space.

All Together We Read