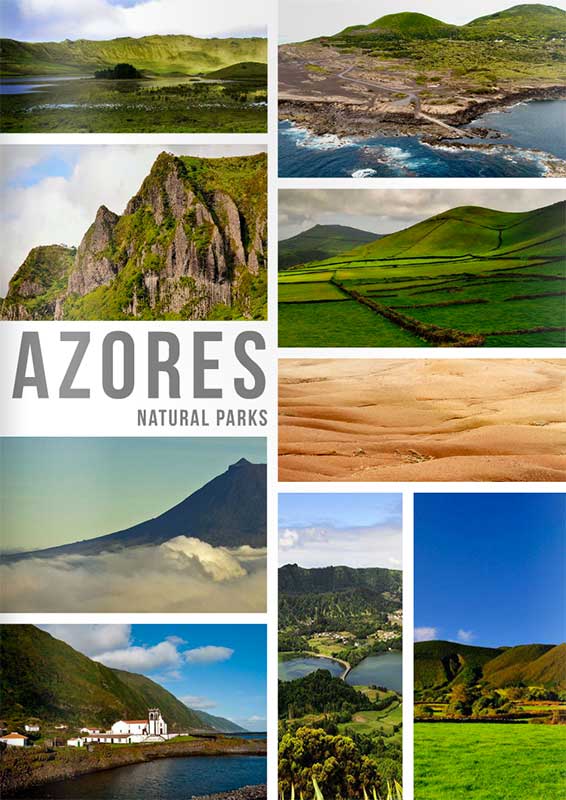 The Azores archipelago is the westernmost part of Europe, located roughly at one third of the way between the west coast of mainland Europe (1600 km) and the eastern coast of North America (3900 km).

The nine islands are divided into three groups: Eastern Group (São Miguel and Santa Maria), Central Group (Terceira, Graciosa,  São Jorge, Pico and Faial) and Western (Flores and Corvo). Each island presents a distinct physiography and dimension, totaling an area of approximately 2,333km² and a length of about 600km.

This extremely complex geological area has unique characteristics in terms of geodynamics, which gives the Azorean islands an active nature, particularly in regards to volcanism and seismicity. The Azores are the emerged part of a submarine elevation, formed by the accumulation of volcanic deposits laid on the seabed. The morphological origin, remote location, relative young nature and the strong influence of the Gulf Stream haven given it a wide variety of geologic landscapes, derived from different types of volcanism and subsequent dynamics of several modeling agents. Thus, 121 geosites were identified in the archipelago and are included in the Azores Geopark.

The natural  vegetation of the Azores is composed of one of the last and oldest virgin forests of Europe, the laurifolia rainforest, or as it is commonly known, laurel forest. The geodiversity and biodiversity of the islands are closely linked to the various ecological conditions of the area. In fact, in the archipelago were identified 958 species of vascular flora, of which about 75 are endemic, i.e. are found spontaneously nowhere else in the world. The introduction of species that have become invasive over the years and overexploitation of certain indigenous species, as a result of settlement, have harmed a part of this biodiversity. However, much of this precious national treasure has survived to this day, reflection of the lush beauty from times past.

The faunal richness of the Azores is also to be noted. Regarding invertebrates, arthropods (insects, spiders, mites, crustaceans, millipedes and centipedes) are the most diverse group and are abundant in native habitats. A total of 2298 species and subspecies, 266 are exclusively found on these islands. Of the 70 species of terrestrial vertebrates, 38 are breeding birds, of which we highlight the Common Wood Pigeon (Columba palumbus azorica) and the Common Buzzard (Buteo buteo rothschildi) the latter seen as a symbol of the  archipelago. mammals present low diversity, however, one endemic species deserves special highlight> the Azores Bat ( Nyctalus azoreum).

The nine island are truly a living specimen of the past, mixed with human presence and development, and although integrating one single archipelago, have specific characteristics that make each one unique. Their bilo and geodiversity are elements of our identity, a heritage that requires careful, ongoing and sustainable management so that nothing is lost and this legacy can be fruitful for future generations.

In order to preserve this precious natural world, regional legislative decrees created the Azores Natural Parks that constitute a Protected Areas Management Unit. This framework integrates all classified areas and allows the management of the territory, oriented towards diversity conservation and sustainable use of natural resources, in order to promote tourism and the welfare of our population.

Published with thanks to Governo dos Açores

Handicrafts in The Azores an important economic activity