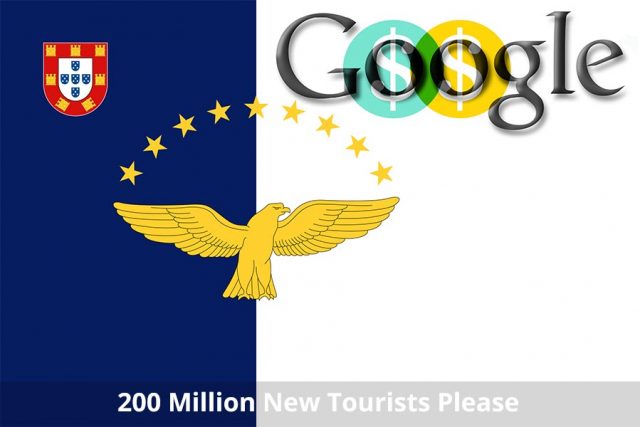 Government targets 200 million potential tourists for The Azores with help of Google.

An agreement was signed between the Government of the Azores and Google to optimize the Azores as a tourism destination, with the goal of reaching 200 million Government targets 200 million potential tourists for The Azores over the next three years, the regional Tourism and Transport Deputy, Vítor Fraga, revealed Monday.

“This partnership will be crucial to enhance the awareness vis-à-vis our targeted markets and how we will present ourselves to potential markets and consumers with the goal to increasing tourism in the islands,” said Vítor Fraga.

According to Deputy Fraga, the partnership will meet the objectives targeted by the ‘Strategic and Marketing Plan of the Azores Tourism’ [Plano Estratégico e de Marketing do Turismo dos Açores] to promote the Azores through the digital networks offered by Google, including media platforms such as Adwords.

The partnership will provide the Azores with “new opportunities to promoting our tourism and improving the infrastructure of our information technology,” he added.

The agreement will also offer a “triple certification” to local education institutions, through the creation of a ‘Google Proficiency Center’ in the region, providing undergraduate and graduates students with digital skills in various Google products.

Azores Airlines has now strengthened its air links from the United States and Canada to the Azores and Portugal mainland by increasing the number of flights from to Boston and Toronto. Air carrier TAP Portugal has also added new daily non-stop flights from Boston’s Logan International Airport to Lisbon starting 11th June 2016, and a new daily departure from New York’s John F. Kennedy International to Lisbon starting 1st July 2016.